Food Culture Project Results Are In!

Learning Life is pleased to release the results of our international food culture and nutrition project engaging families in the United States, El Salvador and Senegal.  The project, part of our flagship program, the Family Diplomacy Initiative (FDI), ran from January to May 2019, and yielded significant improvements in participants’ knowledge of nutrition and food culture.  The project also increased participants’ warmth toward those foreigners with whom they interacted, their openness to cultural differences, and interest in engaging with the world — encouraging counters to the resurgent nationalism and xenophobia in a number of nations. 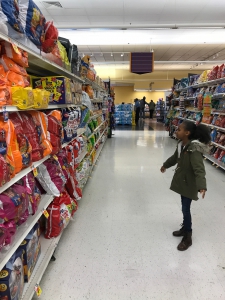 Since August 2016, through FDI, Learning Life has engaged lower-income families in different countries in learning together online with an eye to developing a family form of diplomacy in the long term.  In August 2017, we completed a community photo project which engaged eight lower-income families (7 parents, 1 grandparent, 16 children) in Washington DC, USA, San Salvador, El Salvador, and Dakar, Senegal.  The family participants took photos of their respective communities to share and discuss online to learn about community differences and social change, culminating in an international photo album and a project report published in the professional journal, Childhood Education.

In 2018, Learning Life collaborated with the Georgetown University School of Medicine’s Community Health Division on two qualitative studies that compared the food culture of lower-income families in Washington DC, USA, San Salvador, El Salvador, and Dakar, Senegal.  Those studies showed that richer is not necessarily better: while the Salvadorans and Senegalese families live in poorer countries, their diets tend to be healthier, containing more home-cooked meals made with whole foods (click here and here for details on these studies).

In October 2018 to May 2019, we carried out our second project, which, following on the above-mentioned 2018 studies, focused on improving 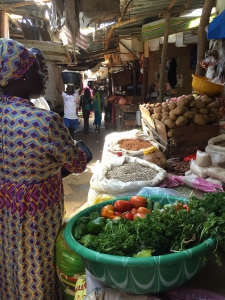 participants knowledge of food culture and nutrition.  In addition, participants answered questions about their interest in world affairs plus their tolerance for cultural differences and feelings of national superiority in the same survey completed before and after the project.  Eight families participated: six in Washington DC, one in San Salvador and one in Senegal.  Three of these eight families also participated in the 2017 community photo project.  The eight families engaged a total of six parents, two grandparents and sixteen children for a total of 24 participants, of whom 2 were Salvadoran, 3 were Senegalese, and 19 were American.

Per Learning Life’s FDI selection criteria, all the families were lower-income (household annual income below their nation’s median), had parents with less than a bachelor’s degree, and had minimal engagement with the world, as measured by their number of flights abroad, and contact with people living abroad besides Learning Life staff and volunteers.  We set these criteria in order to focus our efforts on those families least likely to be connected to the wider world, in line with our interest in democratizing diplomacy — in essence, widening the circle of participation in world affairs — in the long-term. 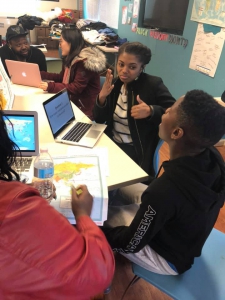 Learning Life’s international food culture and nutrition project engaged the 24 participants in interactive “fundays.”  For the families participating in Washington DC, the fundays took place at the Arbor View Community Center in southeast Washington DC, and combined “Move Your Mind” learning units (MMs) focused on geography, food culture and nutrition, with “Move Your Body” exercise units (MBs) oriented to challenging the children with five exercises testing their physical balance, flexibility, strength and endurance.  The MM-MB combination was intended to help keep the children engaged, and to underscore the importance of good health in keeping with the project’s focus on nutrition.  The families moved from MMs to MBs in 20 minute increments as Learning Life volunteers coached them along the way.

In San Salvador and Dakar, the families connected with Learning Life volunteers in metro Washington DC from their homes via Facebook video to carry out the MMs only at the same or different times.  For all participants, the MMs were essential to developing the knowledge they were tested on in the pre- and post-surveys.  All families had access via Google docs to the MM learning slides, in English, French and Spanish, at all times during the project period.

In addition, from October 2018 to May 2019, many of the participants in Washington DC experienced one or more Learning Life cook-eat-learn sessions or CELS. 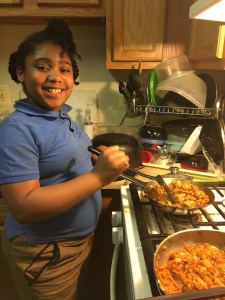 The project offered prizes worth $100, $150 and $200 to the three top scorers among the participating children in the USA, El Salvador and Senegal.  All the children received 10 points per funday they attended, plus 10 additional points if a parent or other family adult attended, for a total of up to 100 points over five fundays from February-April 2019.  (There were a total of 6 fundays on February 10, 24, March 10, 24, April 7, 28, 2019, but the February 10 funday was not counted to give all families a chance to acclimate to the rigors of the fundays.)  The children also received up to 96 points for improvement in their food culture and nutrition knowledge from their pre-survey to their post-survey.  The children were thus not competing with each other but rather themselves to see how much they could grow their knowledge.

All twenty-four project participants completed pre- and post-surveys to allow us to gauge whether our project fundays had some impact on their interest in world affairs, tolerance for cultural differences, sense of national superiority, and knowledge of food culture and nutrition.  Trained Learning Life staff and volunteers completed the surveys with each family participant whether face-to-face or online via Facebook.  Learning Life uses the online survey platform, kwiksurveys.com, for all our surveys. 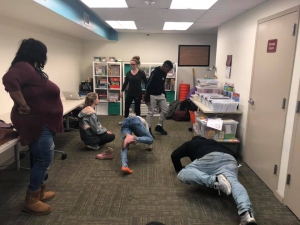 For purposes of evaluating participants’ performance and apportioning points for prizes, two volunteer raters scored the participants’ answers to the survey’s six knowledge questions.  Respondents were not given points for their answers to the questions concerning their interest in world affairs and attitudes toward cultural differences and national superiority because we did not want to penalize or reward participants for opinions to which they are entitled. The two raters gave a grade of A, B, C, D, F or 0 for each answer to the knowledge questions.  Where the raters disagreed on the grade, a third rater was brought in to read the answer and determine which of the two conflicting grades would stand.  The names of all survey respondents were removed to help control bias in the raters’ grading.  Respondents received up to 26 points for their answer to the food culture question, and 14 points for each of five nutrition questions.  The grades and points were assigned as follows:

In addition, Learning Life staff kept track of attendance and behavior (five points were deducted from 10 attendance points per funday if a child was substantially distracted, disengaged or combative) at each funday to help determine the distribution of points for project prizes.

The results are broken down below by interest in international affairs, tolerance for cultural differences and sense of national superiority, and last but not least, knowledge of food culture and nutrition.

We asked one survey question to gauge interest in international affairs:

“How interested are you in the following, on a scale from 1 to 5 (1 is least interested, 5 is most interested). Again, there are no right or wrong answers. Just answer quickly the way you feel.”

Tolerance for differences and nationalism

We asked two questions here, the first to measure change in tolerance for cultural differences and sense of national superiority, 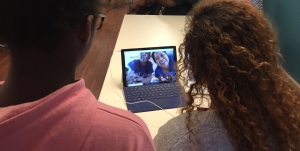 the second to measure warmth or coldness toward different social groups — the so-called “feeling thermometer question.”  Here are the results for the first question:

“Please indicate how much you agree or disagree with each statement below, on a scale from strongly disagree to strongly agree. There are no right or wrong answers. Just answer quickly the way you feel.”

Note that in this question, the lower the number, the more tolerant and less nationalistic the respondents are.  Thus, on all five, respondents on average responded with more tolerance and less sense of national superiority in the post-survey.  The overall average for all five statements was 2.78 in the pre-survey versus 2.52 in the post-survey, or a 9% decrease in nationalism and intolerance of cultural difference.

Here are the results for the feeling thermometer question: 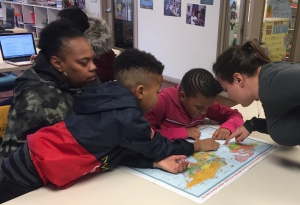 For six of the above eleven social groups, respondents feelings grew colder, and for the other five groups — feelings grew warmer.  However, for all but two of the social groups, the changes in feelings were relatively marginal — a change of 5.2% or less.  For legal immigrants, the drop of 18.5 points from the pre- to post-survey is much more significant, and may unfortunately reflect the wider diffusion of anti-immigrant sentiments in this historical period since our food project did not discuss immigration, legal or illegal.  The bright light, however, is the 11% increase in warmth for those foreigners the project participants learned about and/or interacted with.  This coheres with considerable research that shows that more learning about and interaction with foreigners can improve perceptions of them.

Knowledge of food culture and nutrition

88% of participants (21 of 24) improved their knowledge of food culture, nutrition and health from the pre-survey to the post-survey.

In the post-survey, we asked some additional questions to garner feedback on the project and Learning Life more generally.  Here is what we found:

“Overall, how interested are you in continuing to participate in Learning Life?” 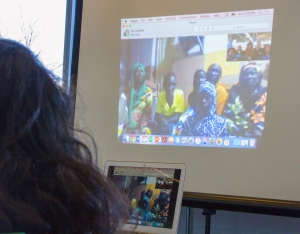 Here are some of the comments participants wrote when asked what they liked most about their engagement with Learning Life:

“I like how you go to different families, you don’t care about their racial background, you help them learn how to eat healthy and give them opportunities.”

“Learning about the world, continents — it helps me in school because in reading class we do science stuff about Earth.” 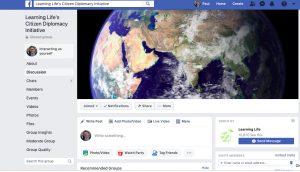 Going forward, Learning Life’s Family Diplomacy Initiative is scaling up as an online community on Facebook.  Starting this fall, we will be inviting families in El Salvador, Argentina, Senegal, France, Australia and the USA to join our Facebook group to learn, connect and share with families in these Spanish, French and English-speaking countries. We chose these countries given their geographic dispersion in the world, and that they speak French, Spanish or English, which are the languages we at Learning Life most commonly use.

Learning Life will soon be posting weekly dispatches to the group that contain engaging stories, photos and videos intended to stimulate interest in and knowledge of the world as well as tolerance for cultural differences.  Further, starting later this year, we aim to periodically invite families in the Facebook group to share written answers and photos in answer to questions we pose to spur sharing and learning among families in these six countries.   This next exciting phase in the development of Learning Life’s flagship program, FDI, will thus engage many hundreds if not thousands of families worldwide in our developing family diplomacy.  If you and your family are not currently part of our Facebook group, we invite you to join here.