Families: A New Voice for a More Caring World

Our world is becoming more complex and interdependent as more people, goods, services and interactions flow across national boundaries.  This changing global reality has triggered xenophobic, sometimes violent reactions that have been validated and disseminated by political activists and opportunistic leaders.  Diplomacy is rightly upheld as an important response to the mounting tensions within and between some countries, but diplomacy should not be left strictly to professionals.  The internet and smart phones open exciting possibilities for citizens to be involved in diplomacy to help promote peace, prosperity and justice, but success and our global future depend in part on fresh approaches.   This is the first in a series of posts intended to develop family diplomacy as a new form of citizen diplomacy for a more caring world.

Where Are All the Citizens?

Name your issue — climate change, war, terrorism, poverty, pollution, crime, violence against women, etc. — all of them share the same condition: in order to address them effectively, you need to mobilize people, often lots of people.  Further, democracies by definition depend on people’s participation in power.  Even in republics, where the people elect their representatives and the representatives make most of the government decisions, people still need to be informed and engaged enough to make wise election choices as well as to participate in the plethora of other republican institutions that require citizen engagement — including political parties, court juries, government advisory committees, and voluntary associations of all kinds — to address pressing public needs and problems.

Families as Sites for (Non-)Citizenship 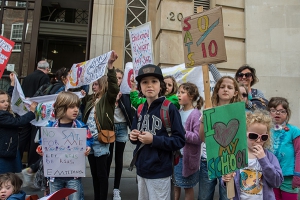 If there is one institution Americans think of most often as the proper training ground for citizenship it is the school.  In contrast, families are widely supposed to provide something more basic than schooling: what sociologists call “primary socialization” or the fundamental knowledge, beliefs and behaviors that allow a person to function generally in their society.  This is distinguished from “secondary socialization” whereby a person learns, through schools, businesses, civic associations and other organizations, the knowledge, beliefs and behaviors that allow them to function in specific groups or organizations.  That secondary socialization includes citizenship education, and the most appropriate place for that education is the school.  And so the usual story goes.

However, the family is not only a core site for primary socialization, it is the site for the reproduction of societies numerically and socially.  Kids are usually made in families, and kids typically go on to become the parents, workers and citizens societies require.  As ample research on political socialization shows, the children of active citizens (people who read news, discuss public issues, vote, donate to and volunteer for public causes, etc.) are themselves more likely to become active citizens.  In fact, families can have more influence on the shaping of citizens than do schools and other institutions (Burns, Schlozman & Verba 2001, Verba, Schlozman & Burns 2005, Flanagan & Levine 2010, Schlozman, Verba & Brady 2012, Brady, Schlozman & Verba 2015, Kim & Lim 2019, Lahtinen, Erola & Wass 2019).  Through parents, relatives and their friends, children learn the beliefs and behaviors of active or passive citizenship, and gather little to much knowledge about public affairs.  Much of this family-based learning about citizenship, or lack thereof, is not conscious or planned as it is in a school civics course, but it often lasts far longer, over years rather than a fleeting quarter or semester.  Such citizenship learning can also be more impactful because it takes the form not of conscious instruction but taken-for-granted habits and identities of parents, relatives and friends with whom children tend to have closer and hence more influential relationships.  This makes families less recognized yet arguably more important sites for the socialization of active or passive citizens.

The Private Family in Modern Times

Families are not just vital agents for citizenship education, but a major focus of public action.  Whether to marry, divorce, work (and at what kind of work), have children, have one or more children, and how to raise them are just some of the important questions couples grapple with privately in modern societies, but all kinds of institutions — governments, businesses, schools, and a host of nonprofits — have strong stakes in those decisions.  History at least in modern times is replete with small and large, sporadic and systematic interventions to coerce or coax the family in one direction or another on these questions.  Think of all the heated debates, mob actions and government policies, past and present, concerning adultery, out-of-wedlock births, abortion, miscegenation, divorce, homosexual marriages, paid family leave, child abuse, and child support, to name a few.

Given the family’s large role in citizen education, it seems peculiar that public affairs have long intervened in the family, but collectively families have historically intervened little in public affairs.  Of course, a minuscule minority of powerful families have long ruled or influenced tribes, governments and businesses (e.g., the House of Plantagenet in England, the Ming Dynasty in China, the Medicis in Florence, the Kennedys in the USA, the Rothschilds in many countries), but the vast majority of families in human history have had little to no voice in public affairs.

Industrialization in the 1700s onward shifted work more and more from the family shop or farm to larger factories. This shift coincided with the growth of modern governments and business corporations, the former levying taxes, drafting soldiers and imposing rules on families like never before, the latter pushing more work and peddling more consumerism on families than ever before.  In the process, the family lost much of its public role as a site of community production, and increasingly became what it is now, a site for private and increasingly manipulated, avid yet disconnected consumption (Lasch 1977, Barrett & McIntosh 1982, Zaretsky 1986, Linn 2004, Schor 2004).  Accordingly, there is far less sense of family agency in the world, and more of a sense of family vulnerability to powerful and seemingly uncontrollable outside forces.

Families at the Decision-Making Table

One might understandably imagine that modern advancements in family income, education and communication, plus expanding 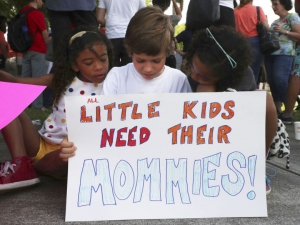 interventions in and supports for families (e.g., paid family leave, maternal nutrition programs, public education, child care programs, tax credits for families and children), would mobilize families to engage in public affairs, spur the growth of large family associations, and seats for these associations at the decision-making tables of local, state, national and international governmental bodies.  Families in developed democracies often have some voice in local school matters in such forums as parent-teacher associations.  There are also nonprofit think tanks, policy groups and political associations that advocate for families at local to international levels.  However, I do not know of any large, cross-class membership associations composed of diverse parents and legal guardians and/or children that not only speak out for families, but participate in government decision-making.

If businesses and labor organizations get a seat at the government decision-making table, why don’t families as one of the most important institutions in society?  Government decisions directly impact not only business and labor, but families too.  Governments impact families directly through policies on divorce, homosexual marriage, paid family leave, child support, etc., and indirectly through policies on employment, wages, taxes, safety, the environment, foreign affairs, and more.  As in other domains, experts and professionals are happy to occupy those seats at the decision-making table, but for anyone who believes in democracy (whether republican or more direct), there should be a case for rotating diverse parents, grandparents, guardians and children in those seats and incorporating the collective deliberations of parents, children and families .

Of course, families do not all think or behave the same way, nor do their members always or even sometimes agree, but they do tend to share certain needs and interests (safety, shelter, food and water, health care, education, employment, etc.) as families wherever they are in the world.  Furthermore, as sociologists know well, context is crucial because people often act differently in different social contexts.  The family context can encourage caring behaviors perhaps more than most social contexts.  For example, a man among men may be less caring than a man among family.  Clearly and sadly, some families are sites far less for caring than exploitation and abuse, especially of women and children, but this should spur people to uphold caring family models rather than reject families altogether.

Most families would have much to learn about the complexities of policy and government, but so does any neophyte citizen or politician, and there is arguably no more powerful way to affirm and nurture families as schools for citizenship than through their engagement in government decision-making.  Just as ordinary workers participate in business problem-solving in many companies, and ordinary citizens help decide cases as jurors in many courts, so can ordinary families inform government policies.

Governments would, in turn, gain much from including family voices, rich to poor, in their deliberations, not just as advisors but as decision-makers who are directly impacted by policies.  Moreover, including families in decision-making could help soften the hard edges of government — inviting smiles, warming hearts and occasioning more conversations between adversaries who can find common ground in their devotion to family — breathe life and meaning into policy deliberations, and nurture a politics of care that prioritizes the wellbeing of families and the most vulnerable.  The family thus need not be a haven in a heartless world; it can be a new voice for a more caring world.