The following article was published in The Fulcrum here on September 27, 2022.

On Sept. 19, Joseph Kahn, executive editor of The New York Times, announced that some of the Times’ best journalists are working to “expose the cancers eating away at democracy, as well as joining the search for solutions.” Kahn fingered two threats to American democracy that Times journalists consider to be the biggest: “first, a movement within the Republican Party that refuses to accept election defeat; and, second, a growing disconnect between public opinion and government power.” 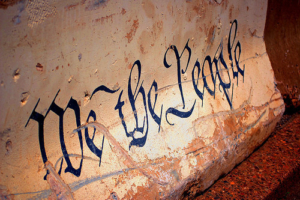 The first threat, as many journalists from the Times and other generally reliable news sources have documented, includes not just denials of election defeat, despite convincing evidence, but efforts to make it harder to vote, and to elect state and local election officials who can subvert the popular vote.

The second threat saliently includes the growing disconnects between American public opinion and developments in the three branches of government:

The third threat, which Kahn does not mention, is more longstanding, and its endurance may account for the relative lack of attention among journalists, who typically focus on what is new. As Kahn notes, “[o]ver the sweep of history, the American government has tended to become more democratic, through women’s suffrage, civil rights laws, the direct election of senators and more.” Yet the direct election of senators, women’s suffrage, civil rights protections, and other government reforms have legally but not so much socially expanded democracy:

For most Americans, democracy is thus more punctuation than part of their everyday lives: a passing news flash on a phone or TV, a fleeting and often frustrating conversation, or a periodic vote for someone else to do something. Yet there is considerable evidence that:

This evidence, in line with accumulated research supporting contact theory, suggests that citizens who are more connected, especially across lines of social difference, are more likely to trust and cooperate with each other, and to trust the institutions through which they connect and collaborate. Unfortunately, as Kahn recognizes, Americans have sorted themselves and been sorted by state politicians into more socially and politically homogenous communities (rural areas increasingly conservative, urban areas increasingly liberal, with polarizing consequences for more urban vs. more rural states). This sorting, along with polarizing changes in our media, makes it easier to distrust and hate those unlike us, especially from a safe distance, online or in-person. Our social sorting and polarizing media also make it easier to imagine that the other side is an existential threat, that they are rigging elections, and that we need to defend our way of life, even at the cost of democracy.

The gulf between democracy and Americans’ everyday lives at school, work, and leisure and in retirement is to a great degree a personal and institutional failure to bring ourselves together across these lines of differences. Personally, we may give lip service to diversity, but tend to pick socially and/or economically homogenous friends, partners and neighborhoods.

Institutionally, we call for national debates yet fail to adequately fund the nonprofits and media that can build a wide and deep civil discourse infrastructure across our nation. At the root of our democratic ills are these social disconnects. No amount of rhetorical calls to “come together,” “deliberate” or “be civil” will help without sustained, systematic investment of money, time and effort to build social infrastructures of citizen engagement in all areas of life.