Founder’s Blog: Toward Family Diplomacy for a More Caring World

The following essay was published as a chapter in the edited volume, Social Justice and International Education, published this month by NAFSA.  You can learn more about the book here.

Nearly 3 years ago on a sunny spring day, I stepped out of a school with two children participating in our program, The Family Diplomacy Initiative. I had recently met the children’s family and introduced them to our program. The girl, who I will call Sarah, was 8 years old, and the boy, Peter, was 11 years old. I looked at the clear, expansive view of the city before us and spontaneously quizzed them, “What’s that big pointy monument over there?” Neither knew the answer. We stepped into my car, and within a couple of minutes, Sarah and Peter were singing along to a pop song they pulled up on my smart phone. They knew all of the lyrics. 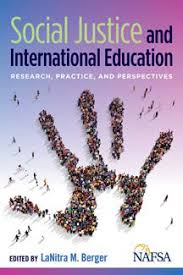 This story is ordinary enough. Plenty of kids don’t know monuments but do know pop songs. However, this was the Washington Monument, arguably the most conspicuous monument in Washington, D.C., and that was Peter and Sarah’s school overlooking the monument, so they could see it in plain sight every time they stepped out of school.

All of us get lost in our own little worlds, especially kids. But our little worlds are inextricably bound with our larger world, for better and worse. Contemporary American philosopher Michael Sandel (1992, 92) once observed: “In our public life, we are more entangled, but less attached, than ever before.” We are more entangled, in part, because increasingly, what we buy and see on our screens is made all over the world, because people travel and talk more across borders, and because more and more pressing issues, from terrorism to climate change, are transnational. Yet, we are simultaneously less attached because we don’t see, feel, or speak much of such connections, let alone our obligations to this complicated world to which we are increasingly tethered. This is why what Sarah and Peter see, and don’t see, matters.

Good schools do their best to nurture equal opportunity, even as their selection and tracking processes often create inequalities. But families and neighborhoods worldwide mostly produce inequality because of segregation. Segregation may not be written in law so much anymore, but it is inscribed in privileged parents’ visceral desire for the best for their kids. From that powerful and understandable desire springs exclusive neighborhoods, networks, and schools to protect and advance privileged families, leading to the exclusion, frequently unintended, of their impoverished counterparts throughout the world. The poor and privileged often live within walking distance of each other, but dwell in radically different worlds with, commonly, very different outcomes.

How can we connect these worlds and address our pressing paradox of entangled detachment? Some will argue, rightly in my view, that the answer is political. We need governmental action to desegregate housing, raise minimum wages, expand public transport, provide low-cost and high-quality child care and education, etc. But alongside those governmental solutions, there is a need for feeling solutions, or creative ways to extend that visceral desire to protect and promote our own kids to other people’s kids, wherever they are in the world. I believe one such feeling solution is family diplomacy.

In summer 2016, Learning Life, the nonprofit I direct, launched its Family Diplomacy Initiative. We began by connecting small numbers of lower-income families online via Skype to learn from each other about the world. We did so with the conviction that the internet can help open the world to those who cannot afford to travel. In 2017, we completed a community photo project engaging families in Jordan, Senegal, and the United States. In 2019, we completed a food culture and nutrition project involving families in El Salvador, Senegal, and the United States. We are now developing a Facebook group to engage thousands of families worldwide in sharing and learning from each other.

Family diplomacy is a novel form of citizen diplomacy and an accessible way to engage in global learning and citizenship. Across our globe, most people live in families and strongly value families. In our complicated world, people feel and understand the family better than any other institution. Families, at their best, are exemplars of caring in a world that needs far more caring. Families are also highly vulnerable and often directly impacted by world issues, from poverty to terrorism to climate change.

Families thus have the power to connect minds and hearts worldwide. Of course, families are never perfect, and some are downright oppressive. But we at Learning Life believe that by connecting people worldwide around family life, and sharing the most tolerant and caring forms of family, we can help build a more just and caring world, a world in which we all become more attached to each other, a world in which Sarah and Peter see the monuments and more.

Sandel, Michael J. 1992. “The Procedural Republic and the Unencumbered Self.” In The Self and the Political Order, ed. Tracy B. Strong. New York, NY: New York University Press.