Learning Life occasionally spotlights experts who contribute to the educational content we spread, whether by writing a quiz based on their research, answering a Big Question of public interest that we pose to relevant experts, or else. Dr. Ziad Munson, a sociologist, contributed to Learning Life’s Big Questions on terrorism based on his research investigating the dynamics of terrorism. This profile offers a glimpse of his life and work.

Ziad Munson is an Associate Professor of Sociology at Lehigh University in Bethlehem, Pennsylvania, where he spends much of his time exploring the realms of political sociology, social movements and the sociology of religion through a combination of personal interviews, archival research, and analysis of quantitative data. Ziad is currently researching the organizational dynamics of terrorist organizations and how the abortion issue has realigned partisan politics in the United States. 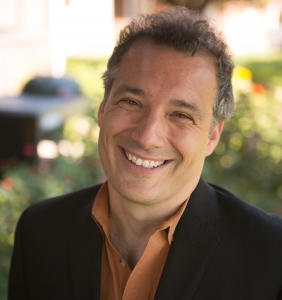 Ziad graduated from the University of Chicago in 1993 with a B.A. in Sociology with honors, and went on to earn his Ph.D. in Sociology in 2002 from Harvard University, completing a thesis on activism in the American pro-life movement. While at Harvard, Ziad served as a Teaching Fellow, Instructor and Lecturer, receiving an award for Distinction in Teaching. He has taught at Lehigh University since 2003, leading a variety of courses stemming from his research interests, such as Religion & Society, The Social Origins of Terrorism, and The Christian Right in America.

In his career thus far, Ziad has published a volume of work on international political violence, including research on the Egyptian Muslim Brotherhood. His expertise contributed to Learning Life’s “Big Questions” on terrorism. Our Big Questions series presents experts’ short, provocative answers to important public questions, like “What are the underlying causes of terrorism?” and “How big a threat is terrorism?”

To understand terrorism, Ziad has taken a different path. Rather than focus on what makes terrorist organizations different, he starts by looking at the similarities terrorist organizations share with other types of organizations, like established political parties and advocacy groups. By taking this approach, he has been able to distill the dynamics of terrorist groups into more understandable patterns. His most surprising findings on terrorism thus far have been that: (a) “ideology is relatively unimportant in understanding the dynamics of most terrorist groups,” and (b) “many of the most lethal groups today did not start out committed to violence at all.”

Beyond his work on terrorism, Ziad has also produced considerable research on the American “pro-life” or anti-abortion movement, including the qualities of its activists and its influence on political parties. In 2009, he authored the book, The Making of Pro-Life Activists, a study of U.S. pro-life organizations that sheds light on pro-life activism as well as how people more broadly mobilize for causes they care about. Ziad is currently working on a second book, tentatively titled Understanding Abortion Politics (to be published by Polity Press), that examines how the issue of abortion has been molded by shifting political forces in the United States over the last fifty years

Aside from research and teaching, Ziad serves as an elected school board member in his local public school district.  As he explains, “I am convinced that a robust public education system is critical to both our local communities and our larger democracy. Serving as an advocate for public schools, and helping to guide their direction, is thus very rewarding for me.” In the same vein, Ziad also volunteers as a trustee of his local public library system.

Ziad’s commitment to public learning make us proud to call him a friend of Learning Life.