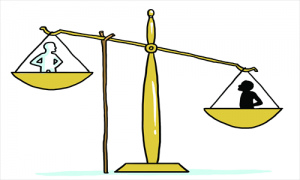 Racial inequality in the United States is not just about money, it’s also about health.  The following five facts highlight some of the health differences between black and white Americans.  Clearly, there is much individuals can do to improve their health, including diet, exercise and active, healthy relationships with family, friends and community.  However, health inequality is strongly related to socio-economic inequality. Specifically, poorer health outcomes among African Americans are strongly related to segregation in communities with higher unemployment and underemployment, and lower income, education and homeownership levels.  This should not spur despair let alone racism, but rather alarm and action.

Thanks to Learning Life intern Julia Baines for her research assistance with this fact sheet.

Type 2 diabetes is nearly twice as common in African American adults age 20 and higher (13% have diabetes) as it is in non-Hispanic White adults (7%).  African Americans with diabetes are also more prone to the complications that come with this disease than the general diabetes population. These complications include kidney and heart disease, stroke, amputation, and blindness.

Up to 3.7 times more likely to die from stroke

Black Americans have a higher risk of stroke, and as much as 3.7 times the death rate from strokes as white Americans.  The younger black and white Americans are, the wider the difference.

1.5 times more likely to be obese

African Americans are 1.5 times more likely to be obese than white Americans.  Forty-eight percent of blacks are obese compared with 33% of whites.

Black life expectancy at birth is about 3½ years lower than that of whites.  The good news: the life expectancy gap between blacks and whites has been cut in half since 1999.  The bad news: blacks under age 65 still have significantly higher death rates than whites. For instance, African Americans 18-49 years old are nearly twice as likely to die from heart disease, stroke and diabetes.

Achenbach, J. (2017, May 02). Life expectancy improves for blacks, and the racial gap is closing, CDC reports.  The Washington Post.

The State of Obesity.  Special report: racial and ethnic disparities in obesity.  Retrieved from https://stateofobesity.org/disparities/blacks/