This is the first in a series of spotlights on our spring 2017 student interns.  Learning Life’s student volunteers this spring are translating documents, conducting research, fundraising, and doing outreach locally and internationally for our Citizen Diplomacy Initiative (CDI), among other activities.  Erin Birmingham, interviewed below, is helping with CDI research, writing, fundraising and social media.

I grew up in a military family, so while I was born in California, I moved around a lot within the States and also lived overseas. In the United States, I lived in California (four times), Georgia, Hawaii, and Virginia until I was 12 years old. I then spent two years each in Moldova and Saudi Arabia. 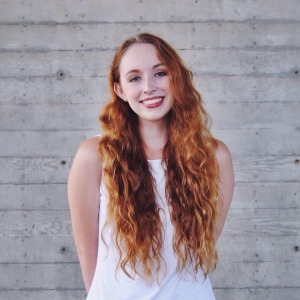 What school do you attend, and what is your year and major there?

I currently go to the University of California-San Diego.  I am a fourth-year International Studies-Political Science major with a Middle Eastern focus and Russian language proficiency.

What do you like to do in your free time?

I enjoy exploring museums, spending time with family, and finding new places to eat!  Some of my favorite foods belong to Pakistani and Syrian cuisines, though Mexican food is probably my favorite.  I also love to play sports (soccer, softball, and volleyball), watch movies, and read when I get the chance. My favorite movie has got to be “Catch Me If You Can,” with Leonardo DiCaprio and Tom Hanks.  My favorite book is definitely The Kite Runner, by Khaled Hosseini.

Eleventh grade was a particularly influential year for me, as I had just moved to Saudi Arabia and enrolled in the International Baccalaureate Program.  My school facilitated a program called “Week Without Walls,” in which students traveled to Ghana, China, or the Philippines. I went on the Philippines trip, and spent five days volunteering in Manila.  I helped build houses for impoverished communities through Gawad Kalinga, dividing my time between physical labor and getting to know the local children. I had seen poverty living in Moldova, but spending time with those Filipino children, and seeing how happy they were with what little they had, inspired me to be thankful for every privilege I enjoy.  It also inspired me to spend my entire college career giving back to my community.  I’ve spent the last four years volunteering with organizations who help the homeless, children with AIDS, men and women with breast and ovarian cancer, and children with muscular dystrophy, among many more.

What are your career plans?

My career plans are uncertain at the moment, but I know I’d like to do something internationally focused.

Why did you choose to intern with Learning Life?

Learning Life’s Citizen Diplomacy Initiative is what caught my eye.  Having been a diplomat myself, I understand the importance of education. When I lived in Moldova, I met many people who did not know their rights and so were exploited through forced bribes and corruption.  I witnessed a revolution against Moldova’s Parliament in which people resorted to violence because
their lack of education prevented them from taking a peaceful, intelligent stand on the issues. In addition, what we see on the news isn’t always the case, but many people do not have the means to experience other cultures first-hand.  Educating the less-privileged through diplomacy is an incredible mission, and I’m so glad to have the chance to be a part of it.

There’s a large canyon in Moldova that my nanny took me to one night which overlooks the entire city of Chisinau. I remember it vividly, as I sat on the edge and took in the fantastic sight. Many would not consider a third-world country with dilapidated remnants of the Soviet Union to be beautiful, but that night it was spectacular.  Sitting atop the canyon, a circus gleamed in the light of the Planet Hollywood store next door, and apartment lights twinkled in the distance.