Founder’s Blog: Toward a Contextual Ethics of Diplomacy

This article on ethics and citizen diplomacy was published in the Summer 2020 issue of Public Diplomacy Magazine.  The magazine issue appears online here, and the article is on p.60-61.

People act differently in different social contexts.  That simple fact is essential to understanding human behavior, and to shaping contexts that help determine the success of any ethical and diplomatic plan. Indeed, the future of ethical diplomacy may well rest, at least in part, on our attention to context. 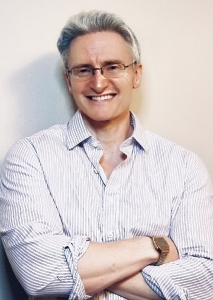 About ten years ago, I taught a course called “Power and Evil” at Stetson University in Florida, where I was then an Assistant Professor of Sociology.  As a political sociologist keenly interested in power and authority (the legitimate exercise of power), I wanted to impart one central and ambivalent point to my students through this course: the exercise of power is inescapable and not necessarily evil, but it is always context contingent, and people are capable of remarkably different behaviors in different contexts.  To bring this point to life, we, among other things, read and discussed social psychologist Philip Zimbardo’s 2007 book, The Lucifer Effect: Understanding How Good People Turn Evil.  The book mostly covers Zimbardo’s famed 1971 Stanford Prison Experiment, which randomly assigned psychologically normal male college students to serve as prisoners or prison guards in a mock prison scheduled to last two weeks.  While Zimbardo stopped the experiment after six days due to the rapidly deteriorating situation, the book also reviews numerous other experiments and historical cases (Abu Ghraib Prison, the Rwandan Genocide, etc.) to support Zimbardo’s tripartite model for understanding human behavior: “acting people in particular situations, created and maintained by systemic forces” (Zimbardo 21).

Using the “bad apples” metaphor, a dispositional view of human behavior focuses on the bad apples.  Meanwhile, Zimbardo’s situational or contextual view focuses on “the apple barrel,” or the situations and systems that turn apples bad.  This is not to discount the importance of disposition or character.  Clearly, not everyone acts the same way in the same situation.  However, attention to context does help explain searing studies like the Stanford Prison Experiment, and confounding cases of good apples turned bad, like Pauline Nyiramasuhuko– a Tutsi social worker, women’s empowerment advocate, and Rwandan Minister for Family and Women’s Affairs, who in 1994 orchestrated the betrayal, brutal rape, and murder of Tutsis in the Rwandan village of Butare, near where she grew up.

Diplomacy is all about context, and perhaps more consciously so than any other domain of human endeavor.  On the job, diplomats do not only pay attention to the historical contexts (past diplomatic relations, cultural practices and beliefs, individual biographies, environmental, political and economic conditions, etc.), but also to potential future situations.  They ask questions such as where the next event will take place, who will be in attendance, who will speak with and sit or stand next to whom, what to say and how to say it, what symbols and equipment will be deployed (flags, insignia, podiums, seating, etc.), what food will be served, what music will be played, and so on.

Just as situations shape the success of diplomacy, so too can they shape the success of any efforts at cultivating ethics in diplomacy.  This has implications for how diplomatic ethics are taught in schools, as situations to ponder and practice rather than just norms and histories to memorize.  This also has implications for diplomatic practice as it invites contextual/situational questions like:

Since 2016, Learning Life, a small Washington DC-based nonprofit education lab I direct, has been developing the Family Diplomacy Initiative.  The Initiative connects families online, across borders and classes, to share and learn from each other with an eye to advancing a new family form of citizen diplomacy.  Foundational to FDI is an important contextual insight: families, at their best, are social contexts that encourage responsible, caring behavior in an often irresponsible, uncaring world.  Moreover, families are ubiquitous and widely valued across cultures, deeply impacted by international affairs, yet under-represented in international diplomacy and governance.  For instance, families get relatively few opportunities to voice their needs and concerns in international governmental bodies, let alone participate in international policy-making, compared with constituencies like business executives, farmers, youth, and women.

Of course, families often do not speak with one voice (spouses may disagree, children may disagree with parents, etc.), and they can be contexts of oppression, especially for women and children.  Nonetheless, giving diplomatic voice to families, as families, in international diplomacy and governance can nurture more caring behavior in and out of families precisely because the family context at least publicly demands caring. Further, just as bringing children and family life into work contexts can soften the hard edges of work life, so too can bringing families into world affairs soften the hard edges and stiff formalities of diplomacy and government.  Adversaries can find common ground in their devotion to family. This has perhaps greatest consequence for public diplomacy since publics may be moved more than are hardened diplomatic professionals by the needs, fears and aspirations of families.

Thus, families – as social contexts that set norms for behavior – can breathe life into international diplomacy and governance, and nurture an ethic and politics of care that prioritize the wellbeing of families and the most vulnerable.  More generally, an ethics of diplomacy that pays serious attention to contexts may help improve diplomatic outcomes and build a more peaceful, prosperous world.