How Women Fare in the U.S. vs. Other Nations

The United States came close to electing its first female President in 2016.  How does the United States compare with other nations regarding women’s role in politics, education and the economy?  Find out with these five facts.

The United States placed first out of 144 nations in educational attainment in 2016.  However, more and more nations are enrolling girls and boys equally in school, rather than reserving education more for boys, so more and more nations are scoring close to the USA at 1.0 (1.0 is perfect equality, 0 is perfect inequality).  Significantly, beyond primary and secondary school, women are surpassing men in university education in a growing number of nations, including the United States. 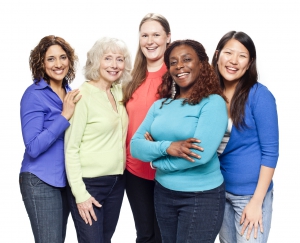 The United States placed 73rd among 144 nations in political empowerment, which is measured by the proportion of women in the national legislature and key government positions, and the number of years with a female head of state (president or prime minister) in the last 50 years.  The U.S. ranked 41st in the percentage of women in key government positions, but 82nd in women legislators in 2016.

The United States ranked 45th overall among the 144 nations the WEF studied in 2016 for their gender gap in politics, economy, education and health.

5) 73% of Americans see a woman president in their lifetimes, but…

A recent Pew Research Center survey found that 73% of American adults believe that they will see a female U.S. President in their lifetime.  This belief carries for large majorities of men (75%), women (72%), Republicans (64%), independents (75%), and Democrats (85%).  However, only 38% of American adults actually hope for a female president in their lifetime.

Pew Research Center. 2015. “Women have long history in Congress, but until recently there haven’t been many.”