Steve Lainez joined Learning Life in October 2016 as a partnership development consultant helping with outreach to potential partners and funders for our new Citizen Diplomacy Initiative (CDI) established this year.  CDI engages lower-income American families, starting in Washington D.C., in live internet dialogues and project collaborations with youth and families in other nations for their mutual education and empowerment.  The following Q&A offers readers a closer look at Steve.

I was born in Washington, D.C., and grew up just outside of the District in Silver Spring, Maryland. I am the son of immigrants from Guatemala and El Salvador who were looking for a better life. 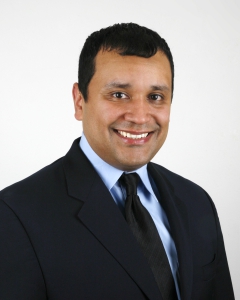 What’s your current and/or past line of work?

The kind of work I currently do did not come about in a straight line. In fact, I had very little idea what I wanted to do with my life when I graduated from John F. Kennedy High School in Silver Spring.  Thus, I delayed college and traveled through Central America for a year.  When I returned from my travels, I enrolled at the University of Maryland at College Park, where I majored in history and minored in French.

After graduating from college I again decided I needed to travel and lived abroad in Paris, France for nine months.  When I returned from Europe, I started working for a national nonprofit organization in Washington D.C. and, since then, have worked in government or nonprofit organizations for the last twelve years.  I truly enjoy working with people – especially in underserved communities – to help improve their lives

What do you want to do with the rest of your life?

Good question.  At the moment, I want to continue to work for an organization that is helping underserved communities.  I’m also a lifelong learner, so I want to continue to learn new skills.  For example, I’m currently learning Portuguese and also want to learn to code (computer programming) and play an instrument, either the piano or guitar.  My long-term goal is to someday lead an amazing organization that is doing great nonprofit work, and/or start my own business with close friends or family.

One of the most transformational life experiences I had was my year-long trip through Central America after high school.  Shortly after graduating from high school, I embarked on a road trip with two of my uncles that took us from Washington D.C. to Central America.  I traveled through several U.S. States, Mexico, Guatemala, El Salvador and Honduras.

This trip was impactful because it revealed to me the vast income disparities that exist in these countries.  During this journey I also experienced first-hand the reach of globalization as so many cars, clothing, cell phones from the U.S. poured into these countries, and could be found even in small, remote towns I visited.

That trip taught me more than any classroom or textbook could have.  It helped inform my interest in learning about the world, and helping people who are underserved by and have little voice in their governments.  This trip paved the way for me to eventually pursue a career in the government and the nonprofit sector, and to become civically engaged as a volunteer.

Why did you choose to volunteer with Learning Life?

I believe in Learning Life’s mission to spread learning in everyday life, and am especially excited to help build the Citizen Diplomacy Initiative (CDI). Many of my life experiences, values and passions have been informed by growing up in a bicultural Latin American family as well as my travels, and learning about cultures.  CDI provides these experiences to families that might not have had a chance to speak to someone from another country, or learn about a new culture in such a direct and intimate way.  That is why I believe in Learning Life’s vision of making CDI an international bridge builder and means of cultural exchange for families across the world.

Another good and tough question.  I’m going to have to give two answers and even that is difficult because there are so many unique and beautiful places in the world that I have had the privilege to visit. The two that stand out are:

1) The Grand Canyon in Arizona is one of the most beautiful places I’ve ever seen.  Considered one of the natural wonders of the world, it is incredibly immense.  The Canyon goes down several hundred feet and stretches out to the horizon for as far as the eye can see. It is also filled with bright earth colors which vary as you descend further down into the Canyon.  Looking down into the Canyon from its top, you can barely make out the Colorado River, which looks like a serpent cutting through the rock, and people looked like ants walking among the rocks.

Seeing this great natural phenomenon made me realize just how inspiring, powerful and spiritual nature is and humbled me to think of how insignificant I was next to such a gigantic natural formation.

2) Rio de Janeiro, Brazil.  The picturesque city of Rio (also considered a natural wonder of the world) is an amazing mixture of urban development and nature.  They city densely mixes large and small buildings, hills, mountains, and the ocean.  The many beaches that border the city are beautiful with their white sands, clear warm water and rocky cliffs at certain points.  Finally, the people of Rio, known as Cariocas, are warm, friendly and very diverse. Many Cariocas are a mixture of African, European, Asian and Native American, making Rio one of the most diverse cities in the world.