Seven Ways of Being in the World

Given globalization — in short, countries’ growing economic, political and environmental interconnection driven in part by advancements in communications and transport — it behooves those interested in the wider world to consider the ways that people live in or engage with the world.  Why?  Because some of those ways are good, some are problematic, and all together reveal sharp inequalities.  I see seven ways that people cross (or do not cross) national borders and live in the world, for better or worse. 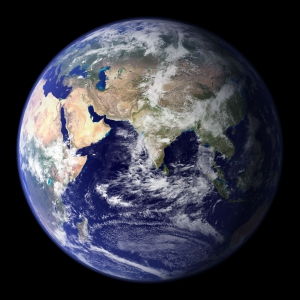 It is worth stressing that the following seven ways describe not types of people but ways of being, that some (usually more privileged) individuals can shift from one way to another sometimes in the same week or day, and over a lifetime any person may engage with the world in more than one of these ways.  Also, my definitions of these seven ways are overall more encompassing and in many cases different than those of other organizations, like the United Nations and Amnesty International.  Further, I do not provide estimates on the numbers of people engaged in these seven ways of being in the world since others provide estimates, these numbers change constantly, and my purpose here is to paint a bigger picture.

2. Non-exploited workers: These workers move out of their native country, with or without their family, to find or take work in other countries.  They typically have had relatively privileged upbringings, have more education and social status, have legal right to work in a foreign country, and make more money from their work.  They may be government foreign affairs officers, transnational business executives and employees, or nonprofit workers.  Like exploited workers, non-exploited workers more commonly live and work in richer countries, where there are more economic opportunities, and life is more stable and prosperous.

3. Exploited workers: Like non-exploited workers, exploited workers leave their native country to find or take work, with or often without their families.  However, they tend to have unprivileged upbringings, less education and social status, may not have the legal right to work, and take jobs that do not pay well by the host country’s standards.  Furthermore, their employers or managers often overwork or otherwise abuse them (yell at them, hit them, sexually harass or assault them, expose them to dangerous working conditions, etc.) yet the workers voluntarily endure the exploitation because they are able to work and earn more money than they would in their home communities.  Many work in construction, farms, factories, or domestic service.  Many exploited workers do not see their families for long periods of time, yet they receive enough in wages to send home money (“remittances”), which can constitute a significant portion of their families’ and countries’ income.

4. Slaves: Millions of people in the world are enslaved, despite the fact that laws in most countries prohibit slavery.  Unlike exploited workers, slaves do not voluntarily submit to their exploitation; they work and are confined against their will, often in their own countries.  Most are poor, and come from poorer and highly unequal countries.  Some get tricked with promises of better lives and trafficked into richer countries, where they commonly do sex, factory, farm and/or domestic work.

5. Refugees: Unlike exploited workers who leave their home country for better economic opportunities, refugees flee their country due to war, persecution or natural disaster.  More conflict, authoritarian government and climate change usually mean more refugees.  Some refugees are legally accepted in foreign countries.  Others — called “asylum seekers” if they’re escaping war or persecution — are not, and live insecure lives as they seek legal permission to live in the country they fled to, working whatever undocumented jobs they can find to make ends meet.

6. Vacationers: As incomes rise across the world, more people have the disposable income to be able to travel abroad.  The standard vacationer visits a foreign country to consume its food, sites and experiences, and to have a good time.  Some travel companies create all-inclusive resorts so that vacationers never have to leave the resort to see the country and people around it.  Vacationers understandably tend to flock to politically and economically more stable countries, but all countries welcome foreign vacationers with open arms because they have more money than most of the world’s people, and they usually spend more money on vacation than they do at home.

7. Global citizens: Global citizens are typically as privileged as vacationers, but unlike vacationers they travel abroad primarily to learn and/or volunteer rather than consume and have a good time.  Whether they take classes, volunteer as teachers, community developers or religious missioners, they tend to engage more deeply than vacationers with the people of the foreign countries they live in or visit.  As more people across the world get more income and education, global citizens, like vacationers, will likely become more common (assuming relative peace and economic stability among nations).  Among these seven ways of being, global citizens may also be the best grassroots agents for nurturing goodwill among nations.

For more information about world migration patterns and trends, visit the International Organization for Migration, which issues detailed reports.